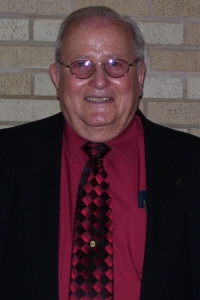 My early days in the churches of Christ was in Stanton, Texas where I grew up and was baptized into Christ for the remission of my sins at the age of twelve years. I atended Abilene Christian College and graduated in 1955. I attended The Amarillo Bible Training work from September to the end of November of 1955, and then moved to Brady, Texas to work with the Northside Church of Christ for a year and seven months.

During the years we have been in San Angelo, I have attended two to three classes each semester for the last eighteen years.

Our life has been a very pleasant journey in The Lord!